Easy Bathrooms Invest in a New Commercial Property in Hull

In recent years, as part of the series of sites developed by Allenby Commercial, we’ve aimed to support the construction and DIY sectors.

We’re proud to announce the launch of Easy Bathroom’s newly opened showroom at The Trade Yard Willerby. Their newest location, next to the busy Willerby Shopping Park and other onsite brands including Screwfix and Toolstation. 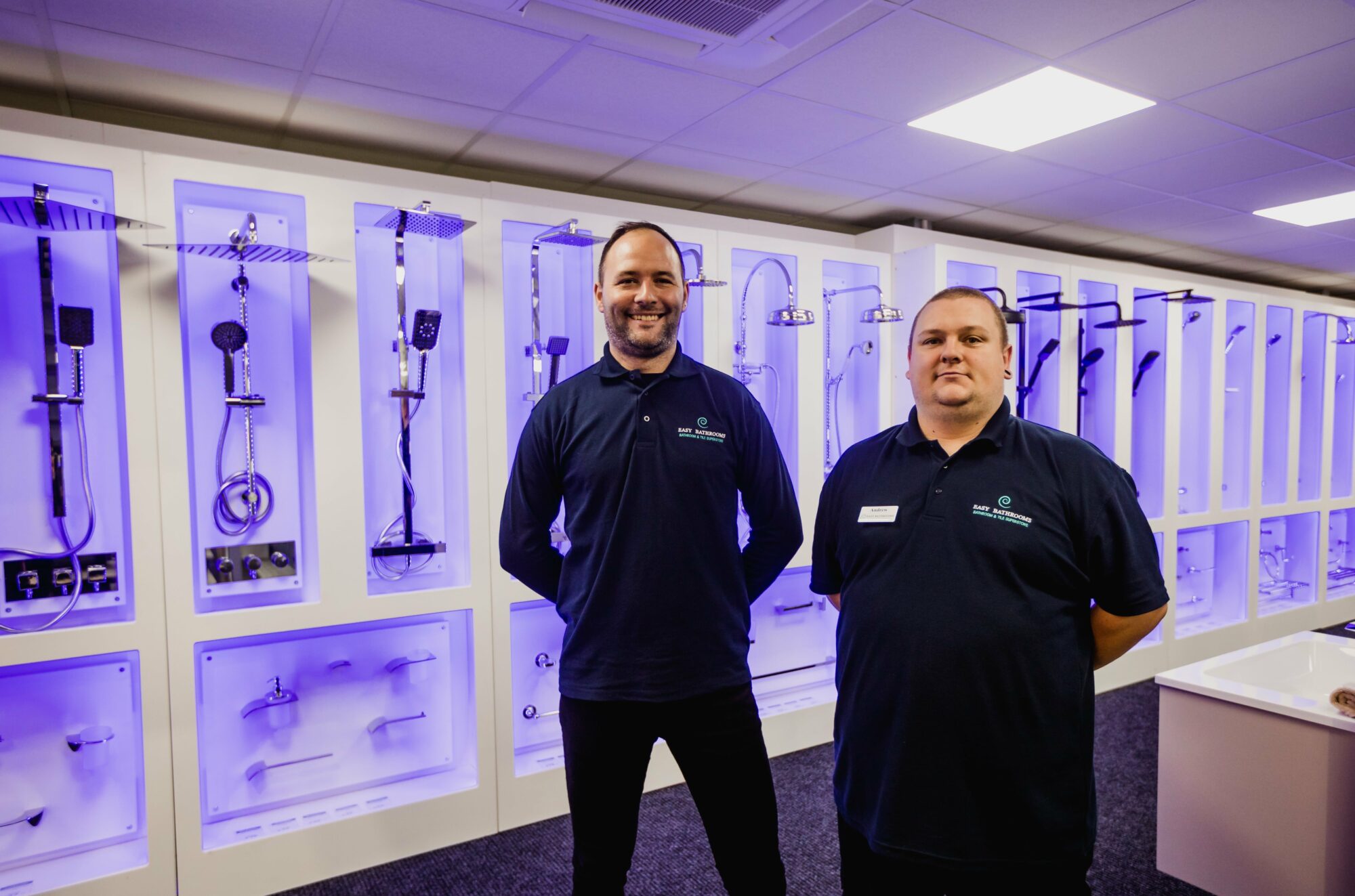 Who are Easy Bathrooms?

Easy Bathrooms are a bathroom supplier that has built an impressive network of more than 90 branches in less than 10 years.

Initially launched in Leeds in 2012, Easy Bathrooms has over 90 branches between the M62 Corridor to South Coast, an additional 11 branches in South & West Yorkshire and a workforce of nearly 600 employees.

The company recently announced plans for a new £5m headquarters in Wakefield, which will be the opening of its 100th store by Christmas and part of their target of opening 175 showrooms by 2023.

As its first move into East Yorkshire, we’re proud to offer a commercial space at The Trade Yard in Hull, as part of Easy Bathrooms’ plans to pursue becoming a UK leader in its sector.

The Trade Yard concept has supported the creation of nearly 200 jobs across the Humber area since being launched by Allenby Commercial in 2016.

Our Beverley site is now full and The Trade Yard Scunthorpe, which was the second to open in 2017, will be expanded with the second phase of development

One unnamed national brand has already been secured as the first tenant at The Trade Yard Immingham, where work will begin soon and is already in advanced negotiations over the final unit at Trade Yard Willerby.

Also in the pipeline is The Trade Yard Driffield, where two of four units have been snapped up before work has even begun!

Paul Swaller, our Contracts Manager, said: “The Trade Yard concept proved very popular from the outset, attracting a good mix of national brands and local operators. As all the new occupiers have found, the Willerby site has the added benefit of significant footfall from the retail park.

“We’re delighted that Easy Bathrooms have chosen The Trade Yard Willerby as they continue their own phenomenal expansion and we are confident that they will soon have a new neighbour and another of our sites will be at capacity.” 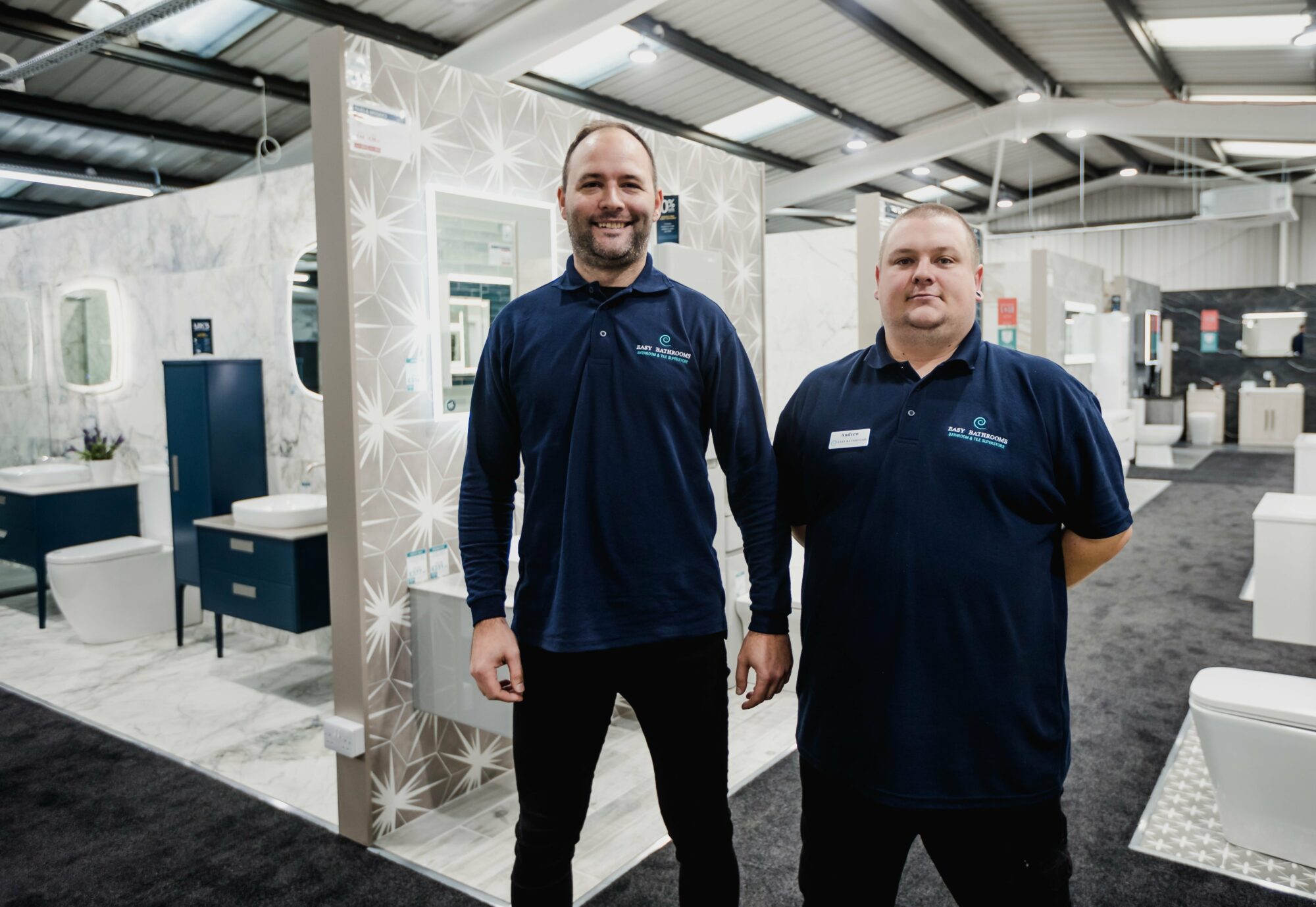 At Allenby Commercial, we pride ourselves on collaborating with some of the UK’s largest outfits and aim to make moving into new commercial property as seamless as possible.

Neil Bell, Head of Retail for Easy Bathrooms, said: “We are expanding our stores with the intention of creating a network of showrooms where people can see, touch and try our products before making a purchase – alongside increasing online sales.

“During a period when there’s plenty of doom and gloom surrounding the UK high street, we are proud to expand and open bricks and mortar stores, alongside growing our online presence.”

Easy Bathrooms has invested £100,000 in fitting out the new store, which is open to trade and the public seven days a week, which has allowed its opening to be a huge success.

Tomas Sereika, Manager of the store, said: “We expected to do really well because thousands of people use the big retail park and the only way out is past our front door, but we had a soft opening initially and were crazy busy! In addition to the families from the shops, we had the traders coming here for the other businesses and discovering us.”

What are Easy Bathrooms’ thoughts on the space?

Tomas and his Assistant Manager Andy Musgrave form a full-time team of four at the new branch and between them bring extensive experience in the bathrooms and tiling sector.

Tomas said: “I am delighted to join an established bathroom brand which has plans to expand and become the UK’s number-one bathroom supplier. The products we have in store are bang on trend and suit any type of project.

“The layout of the store enables us to give customers an idea of how to style the fittings, and our expert bathroom team will help people design and visualise their space free of charge using our award-winning ArtiCAD 3D system.

“The team and I are incredibly proud to offer the area’s most inspirational bathroom showroom. Buying a new bathroom is a big thing for people because they will be using it every day and for a long time. It’s important for us to ensure that when a customer walks in they get their own personal designer and can leave with a better understanding of what can be achieved with their bathroom refit.”

Follow the links below to learn more about Easy Bathrooms’ move into our commercial space at The Trade Yard Willerby.

Looking for a new space?

If you’re interested in renting any of our Commercial Property or Industrial Units in Hull, call us on 01482 647 138 or fill out the enquiry form on our contact page! 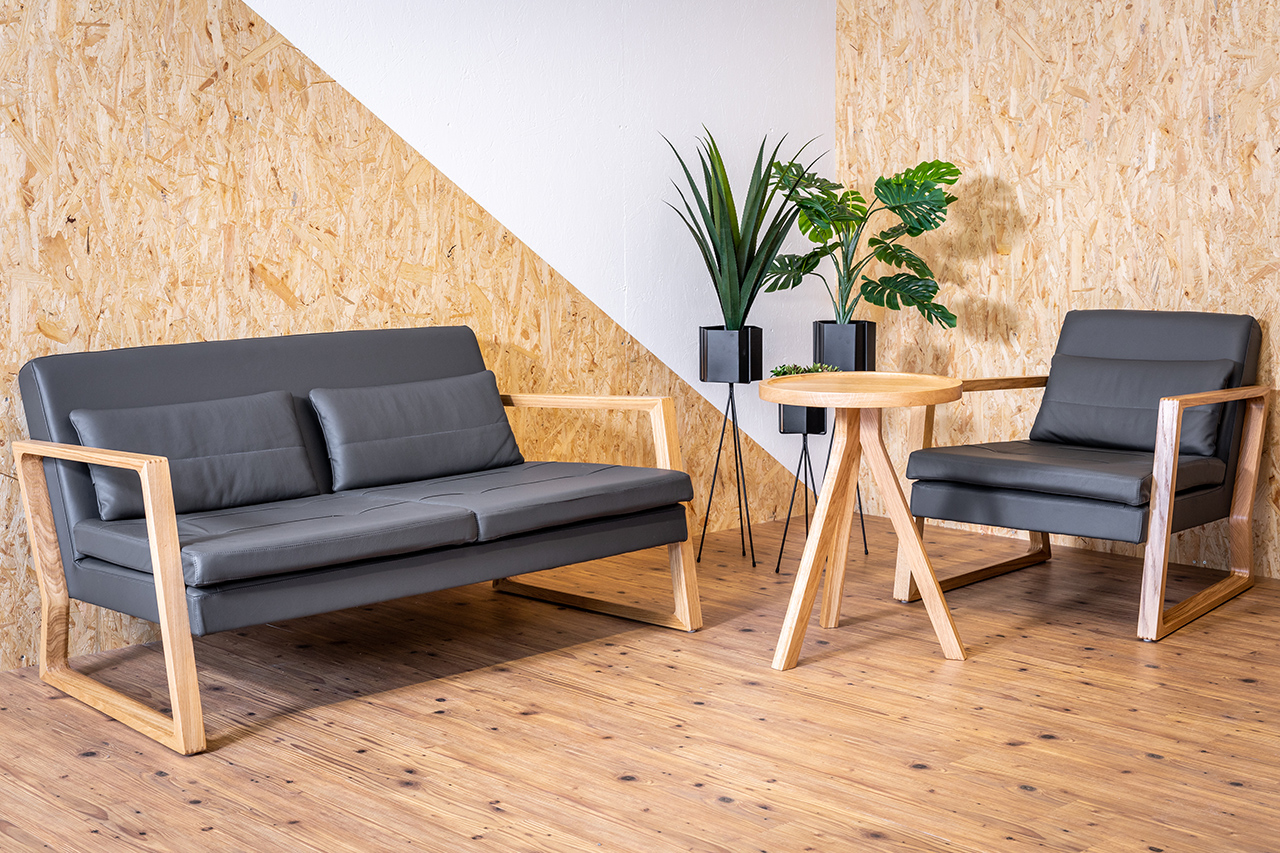 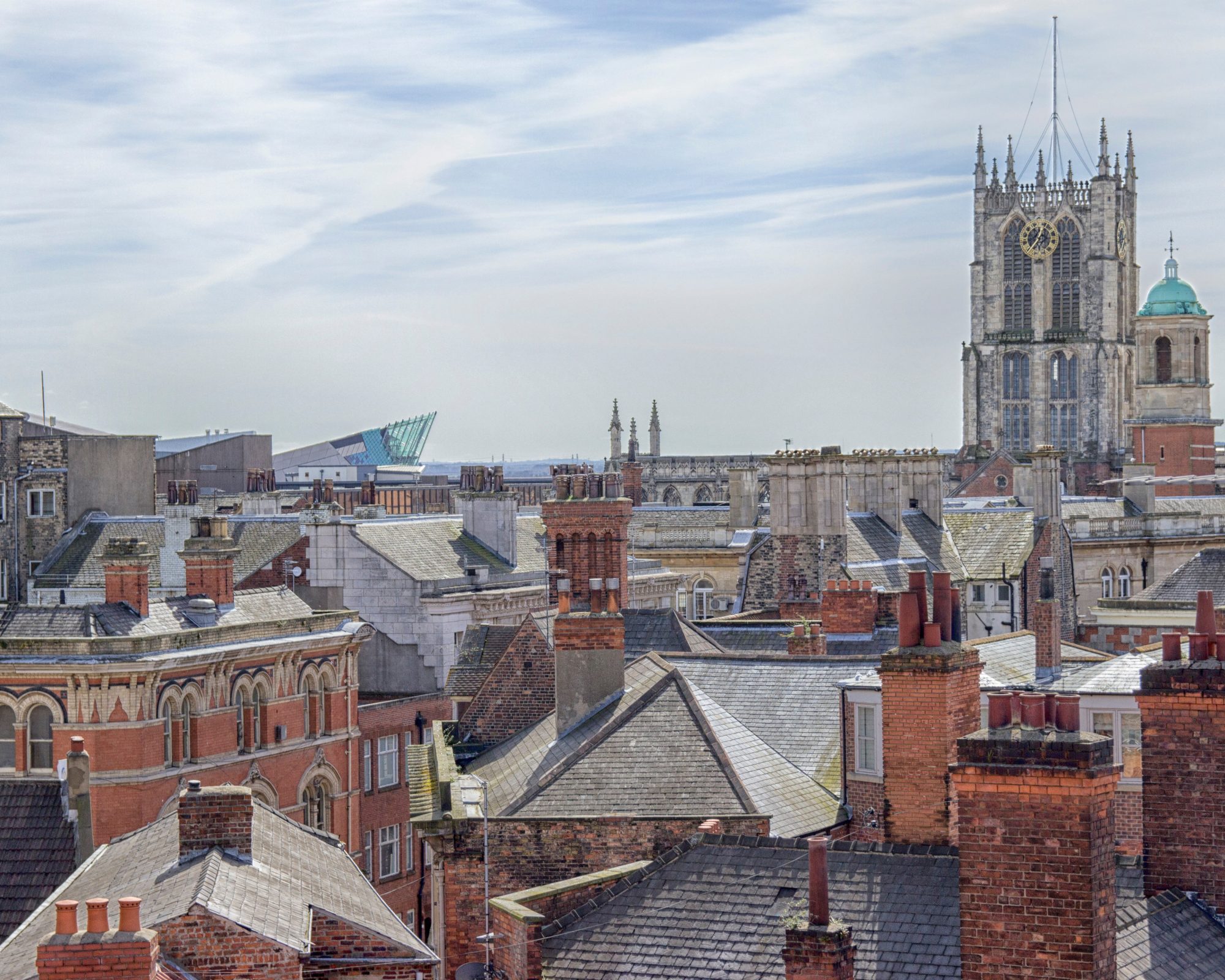 Business space in the right place

Your Perfect business space in Hull By Allenby Commercial Finding the perfect commercial property for your business can be challenging,… 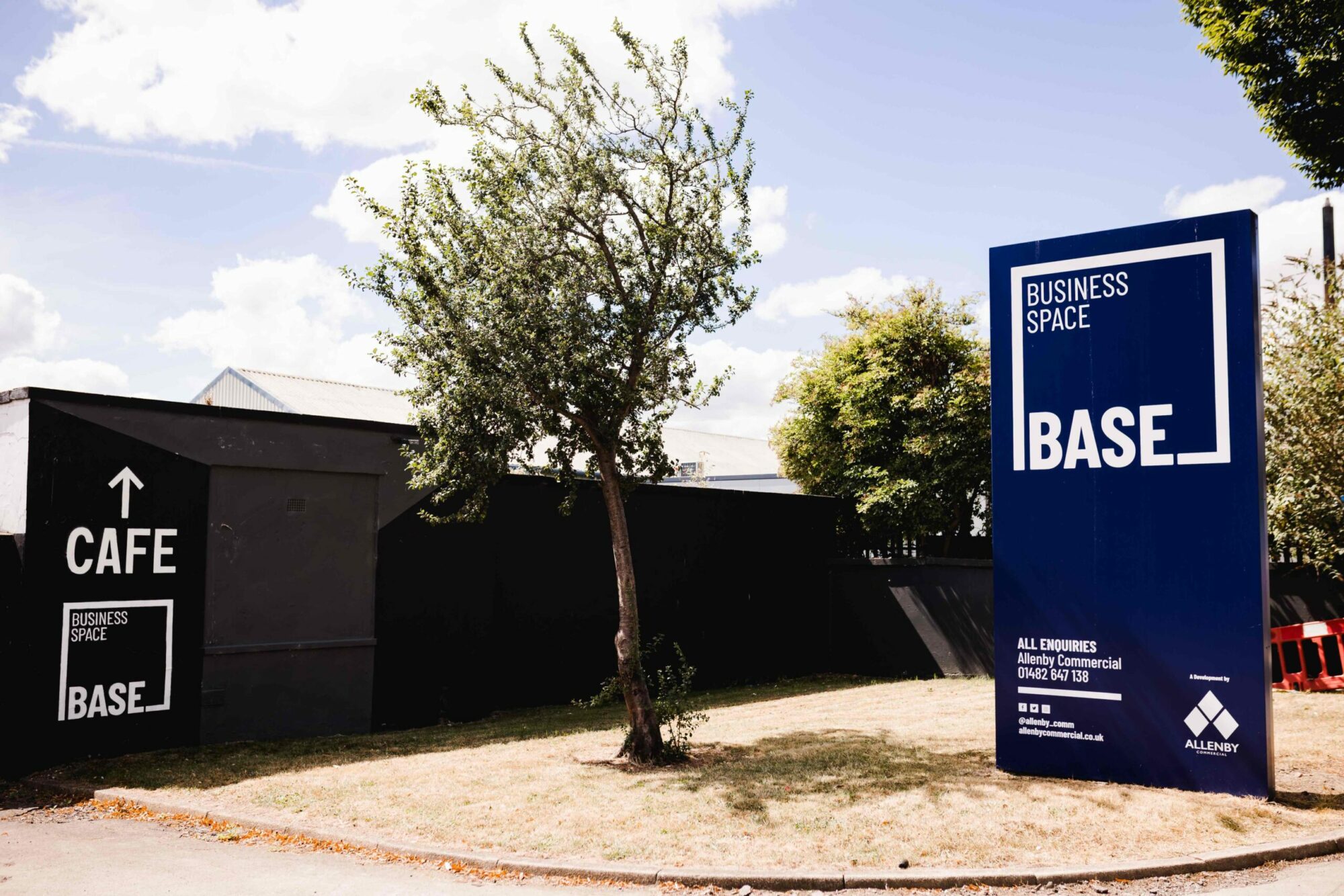